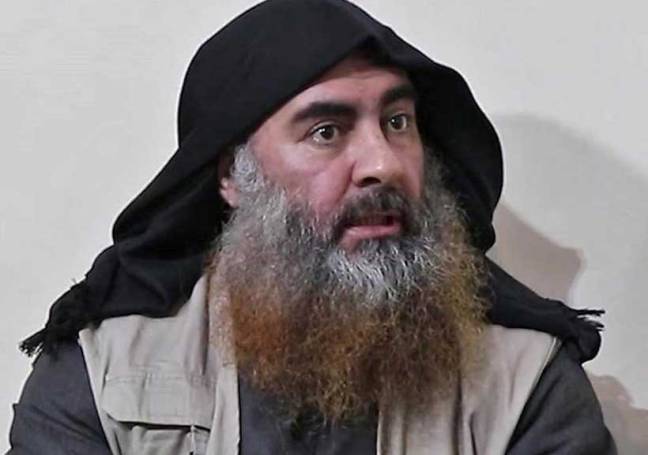 Sharing with friends the content of my article published in Modern Diplomacy (EU), Indian Defence Review, WION News, many newspapers, journals and web portals in different forms and as a news feed from IANS and other agencies. Some of the URLs are as under:-

Baghdadi Dead : What it means for Terrorism in West and South Asia?

Baghdadi Dead : What it means for Terrorism in West and South Asia?

Baghdadi Dead : How it impacts Terrorism in West and South Asia?

President Trump’s announcement  that Abu Bakr al-Baghdadi, the Islamic State(IS) commander, died during a US military operation in Syria, later confirmed by ISIS itself, was a welcome news for all fighting terrorism or suffering from it in any part of the world.  This was followed by death of their spokesperson and arrest of his sister and wife by Turkey. After the decimation of IS caliphate, IS continues to exist in small modules in many parts of the world, mainly in West Asia, but the loss of its undisputed leader who inspired many youth globally towards radicalisation as never before, during his peak performance days will not be easy to fulfil. He revolutionised the art of extending terror network through internet, made IS the richest terror group in the world, with a caliphate to govern through sharia laws and revived sex slavery. It’s a major setback to IS & affiliated terror groups but long overdue good news for those suffered its brutality like Yezidi women. The idea of IS does not end with leader, who stands replaced by Ibrahim al Hashemi al Qurayshi from Prophet Mohammad lineage (qualified to become caliph) with a vow to avenge Baghdadi’s death. There being no change in the overall aim and ideology of IS, it will manage to regroup with lesser fund flow and area of influence and wait for opportunity to re-emerge; hence the global fight against IS has to continue.

What does it mean for Regional Terror Groups?

The US has given a strong message to terrorists but its declared withdrawal from Syria is untimely; hence the Middle-East needs a fresh look from strategic perspective. Turkey cross-border offensive on October 9 against the Kurdish YPG militia, whose fighters made up the bulk of the SDF controlling IS is a game spoiler in fight against IS. Turkeys double game with terrorists is marred with helping IS and treating Kurds as terrorists as they demand a homeland. Its desire to invade Syria and destroy Assad’s supporters made it an ally of US, but US is not keen on decimation of Kurds, who will be left with no choice but to commence terrorist activities against Turkey. The temporary five days truce, sanctions against Turkey could buy some time, but is unlikely to change Erdogan’s intent who seems to have decided to go Wahhabi way. It does give some extra lifeline to IS, which is going to get dispersed to other areas, in addition to some existing ones like Afghanistan. US withdrawal also cedes this strategic space in Syria to the forces loyal to Assad and Russia, something which US was not very keen to concede till short while ago as it was not in the best interest of Israel. This strategic equation does not change the terror potential of Hamas appreciably.

The internal political disturbance Lebanon puts Hezbollah in tight spot. The current internal political turbulence in Iraq is helpful for reorganisation of IS as it dampens the Shia spirit which indirectly helps Sunni terror groups. The recent strategic clash between Iran and Saudi Arabia triggered by a drone attack on Saudi’s oil establishment followed by attack on Iran oil tanker is also a recipe for refuelling of Shia – Sunni terror competition in West Asia. After US walked out of JCPOA (Iran Nuclear Deal) renewed and clamped additional sanctions on Iran which European Union could not prevent, Iran has also climbed the escalation ladder by announcing to fill gas in over 1000 centrifuges to enrich uranium further, which it was holding out due to the deal. This is another dangerous spiral in the region to increase the insecurity of Saudi Arabia and may result in further push to Sunni cause.  These developments have blurred the definition of victim and oppressor. The internal turbulence of West Asia therefore is creating an environment for breeding terrorists.

After IS suffered these reverses it has opened opportunities and ignited some competition for other terror groups like Taliban and al Qaeda, to strive to gain the influence they lost to ISIS earlier. This has increased their quest to grab more power and money, a bulk of which comes from coercion globally, prove their terror potential to the target population and governments to get more attention, followers, logistics and other resources. It is however noteworthy a number of terror organizations having allegiance to IS have still not changed their allegiance, indicating that demise of IS may not be on the card so soon and the group is still not out of competition.

What does it mean for Afghanistan-Pakistan (Af-Pak) Region?

Afghanistan continues to face aggressive and coordinated attacks by ISIS’s branch in the region, the Islamic State’s Khorasan Province (ISIS-K) and the Afghan Taliban, including the affiliated Haqqani Network (HQN). Afghan Taliban seems to have grown much stronger for the fact that it controls more territory in Afghanistan than what it controlled when US forces marched in 19 years back. The fact that all world powers talked to them for peace (to fulfil their respective interests) indicate the blackmailing potential of Taliban.  Afghan National Defense and Security Forces (ANDSF) and remaining US forces have not been able to control their terror strikes despite their best efforts, which are likely to increase if US choses to withdraw completely. I do visualise some more efforts of global powers for talks to Taliban in near future.  Although al-Qa’ida in Afghanistan and Pakistan was degraded earlier by multinational forces, remnants of al-Qa’ida’s global leadership, as well as its regional affiliate – al Qa’ida in the Indian Subcontinent (AQIS), continue to operate from remote locations in the region have a reason to cheer Baghdadi’s death.

Pakistan continues to be the epicentre of global terrorism playing host to maximum UN designated terrorist organisations and terrorists in the world, a large No of them have indicated allegiance to IS. Pakistani military counter-terrorism operations are more of ethnic cleansing acts against Pashtuns and Baluchis directed against groups which conducted attacks within Pakistan, such as Tehrik-e-Taliban Pakistan (TTP). Pakistan Army and ISI supports externally focused groups such as Lashkar e-Tayyiba (LeT) and Jaish-e-Mohammad (JeM), which continue to train, organize, and fundraise in Pakistan with a narrative of pseudo Islamic Jihad. The Pakistani Army does not restrict the Afghan Taliban and HQN from operating in Pakistan and threatening US and Afghan forces in Afghanistan, despite being placed on the “grey list” continuously till date, since June, 2018. The support of Pakistan to Sunni terror groups is well known and IS is no exception. The increasing radicalisation of establishments in Pakistan, conglomeration of terrorist groups in Af-Pak Region is a dangerous sign as it indicates a caliphate in making, far more dangerous than ISIS caliphate.

What does it mean for South Asia?

After the declaration of the caliphate, the newly named Caliph, Baghdadi while addressing the jihadists the world over explicitly mentioned China and India as one of the prime targets of the ISIS amongst many others and there are no signs of change in that narrative. ISIS and other militant groups are attempting to spread their ideology to countries that have Muslim population, and where there is a chance to reach out to dis-satisfied youth. al-Qa’ida in the Indian Subcontinent (AQIS) and ISIS have together claimed responsibility for over 40 attacks in Bangladesh since 2015. The Government in Bangladesh continues to battle terrorism with strict Anti- terrorism Act in place, however terrorists do manage to operate there with backing from ISI,Pakistan. Terrorist organizations are using internet, social media to spread their ideologies and solicit followers globally including South Asia and many terrorists have been featured in multiple publications, videos, and websites associated with ISIS and AQIS. Terrorist attacks in Sri Lanka and rapid radicalisation in Maldives are some more examples of IS mastered methodologies to spread terror, which is likely to continue.

India having the second largest Muslim population in the world is an obvious target for IS. India is a tolerant and pluralist society with a mix of Shias and Sunnis, which has absorbed all religious faiths, hence the rate of penetration of radicalisation has been extremely low, although some individuals have been attracted to it. Many Lone Wolf Attacks in Europe, like the suicidal car crash attack in Westminster in London on 22 March 2017, are a possibility in India as well, in future, for which it needs to be prepared. The Incidents like the train explosion in Bhopal-Ujjain express by a terror suspect, Mohammad Saifurullah alias Ali, allegedly a member of the ISIS(K) module, on 07 March 07, 2017 injuring 10 passengers, occasional display of IS flags in Kashmir Valley, bursting of few IS modules in South India by National Investigative Agency, announce the arrival of IS in India. These incidents need to be viewed in consonance with the global scene, wherein Daesh is looking for new hosts after decimation of their caliphate.

The peaceful coexistence of IS, Taliban and al Qaeda in Afghanistan and so many terror groups in Pakistan indicates that they are also collaborating and economising on certain activities and efforts like intelligence sharing, training camps, arms transfers, irregular trade and related activities on mutual benefit basis, hence it is increasingly difficult to use one against the other, despite intense competition amongst some of them. They are generally keen to expand their terror industry under pseudo religious cause of avenging perceived atrocities to muslims and continue to fight security forces trying to disturb their design. Their fight against each other is rarely seen in recent times. The other interesting trend especially in Pakistan is that whenever a terrorist organisation is banned globally, it changes its name, registers as social welfare organisation, and continues terrorist activities as usual.

A very well organized media and cyber campaign by the IS by incorporating technologically savvy cadres from western countries affecting some Indian youth is still on. Some media news that it had gained access to fissile material and suspected access to chemical weapons like Sarin gas, indicates that its potential for global nuisance is far from being over. The same is being tried by other terror groups as well. To fight the global war on terror the world community will have to shun double gaming, individual country interest over global safety, the concept of good and bad terrorist and strict sanctions on terror sponsoring countries because terrorism cannot flourish without financial and logistics support.

The views expressed are personnel views of the author, who retains the copyright. The author is Reachable at Facebook, LinkedIn, and Google+ as Shashi Asthana, asthana_shashi on twitter, and personnel site https://asthanawrites.org/     email  shashiasthana29@gmail.com   LinkedIn Profile www.linkedin.com/in/shashi-asthana-4b3801a6  Youtube link   https://www.youtube.com/channel/UCl50YRTBrOCVIxDtHfhvQDQ?view_as=subscriber