The Vijai Diwas (16 December) carries one of  the glorious memory in history of India and the victorious day in History of Indian Armed Forces, when they defeated East Pakistan in a 13 day war commencing on 03 December 1971,  took 93000 troops of theirs as Prisoners of War and a new nation Bangladesh was born. This is an unprecedented campaign, where a professional military along with locals and Mukti-Bahini, defeated another military so convincingly in such a short war, difficult to be replicated in military history. In fact this war has been a subject of study of all military professionals across the world.

To remind everyone of this occasion, and in honour of our martyrs, on the penultimate day, I am sharing few videos of this war to remind everyone the pride and honor of the nation, brought about collectively by the national effort with perfect synergy between Armed Forces, Political leadership, other intelligence and security agencies, other elements and organizations contributing to national power, and above all – We, the Indians. 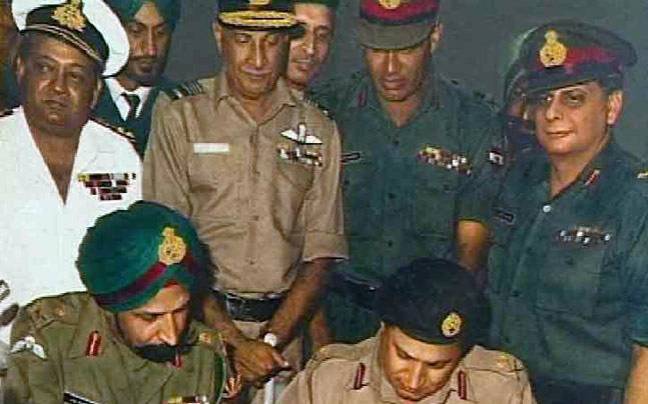 (The views expressed are personal views of the author. The author can be reached as Shashi Asthana on Facebook, LinkedIn,  and Google+ , as asthana_shashi on Twitter, and on website http://www.asthanawrites.org)