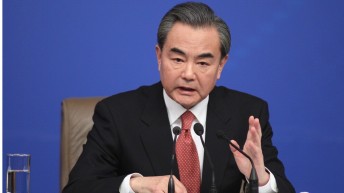 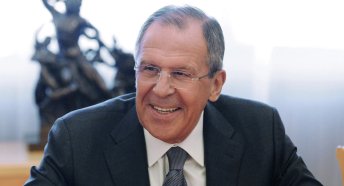 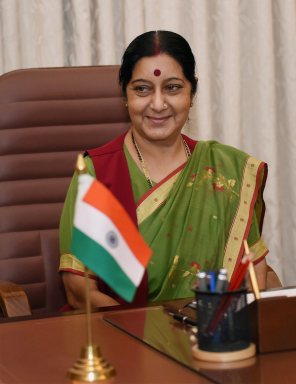 In his first visit to India since the Doklam border row, Chinese Foreign Minister Wang Yi will attend a trilateral meeting with his counterparts from India and Russia next week. The meeting, originally scheduled in April, was postponed after China protested against the Dalai Lama’s trip to Arunachal Pradesh. Later this month, State Councilor Yang Jiechi will also visit India to attend the 20th round of border talks. Do you think their visits, along with the arrival of the new Indian ambassador to China, will help patch up differences over a spate of contentious issues between China and India and mend their strained bilateral ties?

India and China being geographical neighbors is a reality, which cannot be changed or denied, hence their destinies are physically related. Historically both countries have seen lot of ups and downs in their relationships. Both countries have a long list of points of divergences and convergences and they have to steer their relationship balancing both. The visit of Chinese Foreign Minister Wang Yi and his Russian counterpart to India for the trilateral meet, followed by State Councilor Yang Jiechi visit to India in my opinion, are steps in positive direction to develop better understanding of each other’s core interests.

The biggest problem between India and China is the ‘Trust Deficit’ between both, and the only way to reduce it is closer interaction of the Government representatives, hence I would like to look at this visit with positivity of intent to move ahead, leaving Doklam and some contentious issues behind. There are some issues of divergences, where both countries hold a strong position, which as an analyst I would like to see being discussed to get a better understanding of each other’s point of views. All the three countries are matured and responsible countries, used to steering healthy relationships in a global environment as it exists today. All these countries have a strong leadership, are well determined towards their national goals, and strong enough to the extent that none of them can dictate their strategic choices to each other. I am hopeful that a better understanding will prevail within the ambit of these bounds which I just enumerated.

India and China are the largest potential markets for each other, which cannot be ignored by either, hence pose an economic opportunity for each other. Trade imbalance is one area for both countries to work for making the dreams of their people come true. Counter-terrorism is another area of global convergence, which, to my mind must occupy some space in discussions. India continues to suffer from proxy war from Pakistan harboring and infiltrating terrorists, and for China ETIM being trained in Pakistan, Xinjiang being a future target of IS are a concern, even if it has not been too vocal about it. China’s opposition to India’s entry into the Nuclear Suppliers Group (NSG) and not declaring Pakistan based Jaish-e-Mohammed chief – Maulana Masood Azhar – listed as a terrorist by the UN Security Council, as global terrorist may also need attention in mutual interest, because I firmly believe that any policy of appeasement of militants is not a guarantee that they will not strike China. This being the first high level visit after commencement of second term of President Xi Jinping, and with Belt and Road Initiative enshrined into Chinese constitution, there may be some desire to talk about it, but India’s objection to China-Pakistan-Economic Corridor as part of Belt and Road Initiative, violating India’s sovereignty is unlikely to cut ice with India.

During Doklam stand-off one point emerged loud and clear that the Line of Actual Control (LAC) between India and China, needs to be defined, demarcated on ground and disseminated to troops manning the borders. Unless it is done, the troops of both sides will continue to patrol the areas as per their own perception of LAC, which clashes with each others’ perception leading to claims and counterclaims of transgression from both sides, quite frequently leading to face-offs/stand-offs. During State Councilor Yang Jiechi visit to India to attend the 20th round of border talks, as an analyst, I will expect that this issue will have to be discussed, if both countries do not want any more stand-offs. While I will not be over-optimistic to expect long standing border issue to be resolved in one such visit, but defining and demarcation of LAC is doable, and an area which must be dealt with. Posting of new ambassador, I feel is a routine matter may not be linked with these visits.

Chinese defence ministry spokesman has indicated that Beijing will maintain the presence of its troops in the Doklam during the winter, in a departure from past practices. It came as India accused Chinese troops of carrying out major construction near the disputed area and asserted that there has been a spike in China’s incursions and transgressions along the nearly 3,500 km LAC of Indo-China border. Beijing was also apparently uneasy about India ’s plan to intensify border surveillance and build 50 more outposts and 25 roads near the border, including the construction of the 150-km road in Uttarakhand. Will these issues be addressed in the upcoming border talks? Do you think both countries have moved past the Doklam dispute despite their disengagement on August 28? Is it rather wishful to expect Beijing and New Delhi to find a solution to the long-standing border disputes considering their growing mistrust and structural competition in the Indo-Pacific region?

I have partially answered the first part of your Question in Answer 1. The demarcation of LAC is utmost necessity to cut out accusations and counter-accusations of incursions/transgressions into each other’s area as per the perception of both countries. Regarding presence of Chinese troops in Doklam in winters, it will be fair to presume that India will also be taking appropriate measures. China has already built adequate infrastructure on their side of LAC. Indian additional posts and roads to be built (as mentioned by you), within Indian Territory, I presume will be an absolute necessity for connectivity, defense, and integration of people of border areas of India. I feel that LAC related issues should logically be a part of upcoming border talks. As I mentioned earlier, I will not be over-optimistic to expect long standing border dispute being resolved in one such visit, but defining and demarcation of LAC is doable and must be dealt with full enthusiasm and seriousness for a lasting peace.

Regarding last part of your question, these visits and interactions are positive steps and instruments to reduce mistrust. When there is mistrust between two countries, all protective, benign and sovereign actions also look like structural competition.

India-China relations have attracted a lot of media attention in China since the border row. Although Xi Jinping and Modi met twice since July, it did little to lower tensions and distrust between the two Asian giants. As a veteran Chinese scholar noted, there has been little talk of “Chindia” and closer integration and cooperation between the two countries. While India has become a full member of the Shanghai Cooperation Organization, a traditionally anti-Western grouping dominated by China , New Delhi also seeks closer security and military ties with the United States , Japan and Australia under a proposed quadrilateral coalition apparently targeting China . With Trump’s effort to elevate India ’s role in his incoherent Asia/Indo-Pacific strategy to counter China’s rise, do you think China and India are destined for rivalry and confrontation?

In the backdrop of your question, I do not subscribe to the school of thought that India and China are destined for rivalry and confrontation. Having said that, I will like to amplify that in international relations, every sovereign country acts as per its own national interest and China or India are no exceptions. India traditionally had an independent foreign policy, even when it was a bipolar world, and I do not see any difference today. India is a strong country to an extent that no other country can impose its strategic choices on India. It however happens that at some point of time the areas of interests of two or more countries coincide, more than the areas of divergences between them, and they seem to be closer to each other in comparison with other countries with which it has more areas of divergences. India has strategic partnership with US, and excellent relations with Japan, Australia and Russia. I do not see these relationships including Quadrilateral Security Dialogue (Quad) being directed against any particular country.  No country can counter the rise of any well determined nation, be it China/India or any other country.

(The views expressed are of Major General S B Asthana(veteran) and do not represent views of any organization. The General  is reachable on Facebook, Linkedin, Twitter and Google+ as Shashi Asthana, also on website http://www.asthanawrites.org and USI website http://www.usiofindia.org )

One thought on “Interview Maj Gen S B Asthana by SCMP on 06 Dec 2017,on forthcoming Chinese & Russian Foreign Minister’s visit to India.”